One of the recent Americans had, what appeared at the time, an almost impossible "wish list" as to what he was looking for in terms of a property ... the type of property that one could spend years trying to obtain in this area without success.  I explained to him, in detail, how most of our land up here is owned by the Crown and much of it protected as in the case of the Muskwa Kechika.  I did offer him two possibilities that did not contain much of what was in his "wish list".  However, after much thought I remembered that I did know of a property that met that list.  I just didn't know if the owner would even consider selling as it was a rare find for him, a property that has never been on the market and that few know about.  Lo and behold ... he would consider selling.  Needless to say the American was over the top with excitement.  He had considered hundreds of properties and nothing met his "wish list" until now.  He had found my website and had enjoyed reading my biography.  Based on that he decided I was the realtor he wanted to deal with.  His decision was further strengthened when he received my emails outlining the rarity of properties such as he was seeking, the history and background of the area and the information that much of our land is protected so that the public may enjoy it.  When I sent him an email with the information of the property that I had located he immediately picked up the phone and called me, he was so excited.  Deal is not yet together and it will no doubt take some time considering the issues he will be facing .... but just receiving his call outlining how he had chosen me and his delight with my service makes it all worthwhile!

With our falling dollar I have been receiving an unusual amount of inquiries for a variety of properties from potential American buyers.  If you have a recreational property that you may be considering selling, now may be the perfect time.  Call me!

There is nothing more exciting than having a buyer who can envision how a poorly designed and neglected home can be improved with well thought out renovations and with good quality materials.  The buyer of this home can see how this can be turned into a high quality home where most simply wrote off the potential.  This buyer always has incredible vision and the capabilities to turn that vision into reality.  I am looking forward to seeing the finished product!  In today's market there are so many potential projects for those with the vision and abilities! 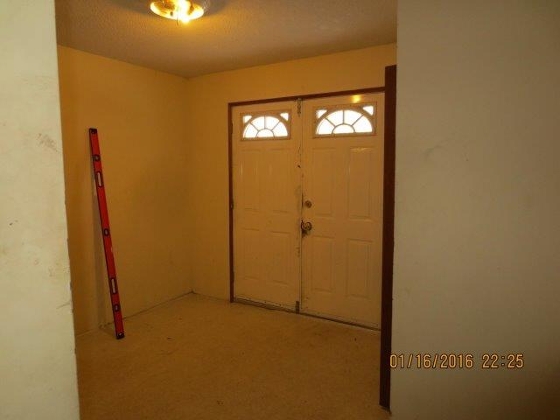